Flexible MAC Architecture (FMA) Phase 1, the R-MACPHY portion, was issued in September of 2020. This means that both R-PHY and R-MACPHY are now specified in CableLabs!

Why does it matter?

What exactly is the FMA specification?

It is a series of four specifications:

Along with these specs are two sets of object models delivered just like open source code:

These machine-readable models ensure interoperability between vendors and streamline bug fixes, providing a major improvement over previous CableLabs specification and interoperability efforts which did not have support of modern tools and automation.

What is the exact status?

CableLabs has issued (i.e. made publiclyavailable and implementable) FMA-SYS, FMA-MMI, and FMA-PAI.FMA-OSSI will lag these specs by about six to nine months, which is typical since the OSSI work always comes available last in any DOCSIS specification effort.

How has Vecima been involved?

Vecima has been a strong CableLabs supporter for many years and has championed interoperability as shown with our market-leading interoperable R-PHY nodes and video and monitoring solutions. We have a strong belief in the technical underpinnings and the unique environment that CableLabs has facilitated in the industry.

Key contributors to thebody of FMA specifications from Vecima have been Doug Johnson and RexColdren. They were instrumental in propagating thearchitectural vision of work originated by both Vecima and Gainspeed as the original creators of R-MACPHY. Doug and Rex made many of the key architectural proposals and wrote significant portions of FMA-SYS. Doug was primary author of FMA-MMI and the associated YANG models for FMA-MMI. He has led Task Force 1 (MMI) from the start and has also been active in Task Force 3 (OSSI) and Task Force 4 (Data Forwarding). Rex, joining Vecima from the recent Nokia/Gainspeed acquisition, was primary author of FMA-PAI and the associated protobuf API for FMA-PAI. He has led Task Force 2 (PacketCable/Lawful Intercept) and has been a key contributor in Task Force 3 and Task Force 5 (PNM).

Were other vendors and MSOs involved?

Yes, many large MSOs (CableLabs members) have been active on the committee, including Cox, Charter, nbn, LGI, Vodafone, and others. All vendors in the DAA vendor community also participated.Leadership was provided by a unique CableLabs/vendor/operator chairmanship, including:

Absolutely! Vecima is committed to standardization and interoperability of DAA technologies. The Vecima R-MACPHY product, which is already deployed with multiple operators all over the world, served as the architectural model and guiding light for FMA specification. It is software upgradable to be fully compliant to the FMA specifications, which have introduced new ideas and approaches on top of the existing deployed product. These upgrades are in progress in current product and FMA will be supported in future product as well.

What is next for FMA? 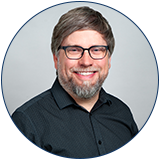 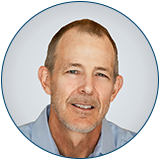 Get Started with Vecima

We help our customers evolve their networks with cloud-based solutions that deliver ground-breaking speed, superior video quality, and exciting new services to their subscribers.

Contact Us
We use cookies on our website to give you the most relevant experience by remembering your preferences and repeat visits. By clicking “Accept All”, you consent to the use of ALL the cookies. However, you may visit "Cookie Settings" to provide a controlled consent.
Cookie SettingsAccept All
Manage consent

This website uses cookies to improve your experience while you navigate through the website. Out of these, the cookies that are categorized as necessary are stored on your browser as they are essential for the working of basic functionalities of the website. We also use third-party cookies that help us analyze and understand how you use this website. These cookies will be stored in your browser only with your consent. You also have the option to opt-out of these cookies. But opting out of some of these cookies may affect your browsing experience.
Necessary Always Enabled
Necessary cookies are absolutely essential for the website to function properly. These cookies ensure basic functionalities and security features of the website, anonymously.
Functional
Functional cookies help to perform certain functionalities like sharing the content of the website on social media platforms, collect feedbacks, and other third-party features.
Performance
Performance cookies are used to understand and analyze the key performance indexes of the website which helps in delivering a better user experience for the visitors.
Analytics
Analytical cookies are used to understand how visitors interact with the website. These cookies help provide information on metrics the number of visitors, bounce rate, traffic source, etc.
Advertisement
Advertisement cookies are used to provide visitors with relevant ads and marketing campaigns. These cookies track visitors across websites and collect information to provide customized ads.
Others
Other uncategorized cookies are those that are being analyzed and have not been classified into a category as yet.
SAVE & ACCEPT